5 Ways to Support Your Child's Microbiome

Aside from giving your child a probiotic (an obvious solution to support a healthy microbiome) there are many more things you can do to support the health of your child's microbiome.

One of the most exciting and rapidly evolving areas of research is the study of the microbiome. I find it deeply fascinating and for the last few years, I've been doing nutrition seminars throughout Canada with Genuine Health (gut health specialists) on the microbiome. Throughout the last five years, my own passion for this area has continued to grow, which is why I was so excited to launch a line of natural health supplements for kids that supports the microbiome this past spring!!

I want you to know that aside from giving your child a probiotic (an obvious solution to support a healthy microbiome) there are many more things you can do to support the health of your child's microbiome.

If you need a little microbiome 101 before we get into the nitty-gritty of how to support your child's microbiome, I recommend you read this article first . Once you're up to date, let me start by sharing why microbes are important for kids:

I hope I've convinced you of the importance of the microbiome. It's imperative that we do everything we can we do to support the health of our child's microbes in order to help them thrive! 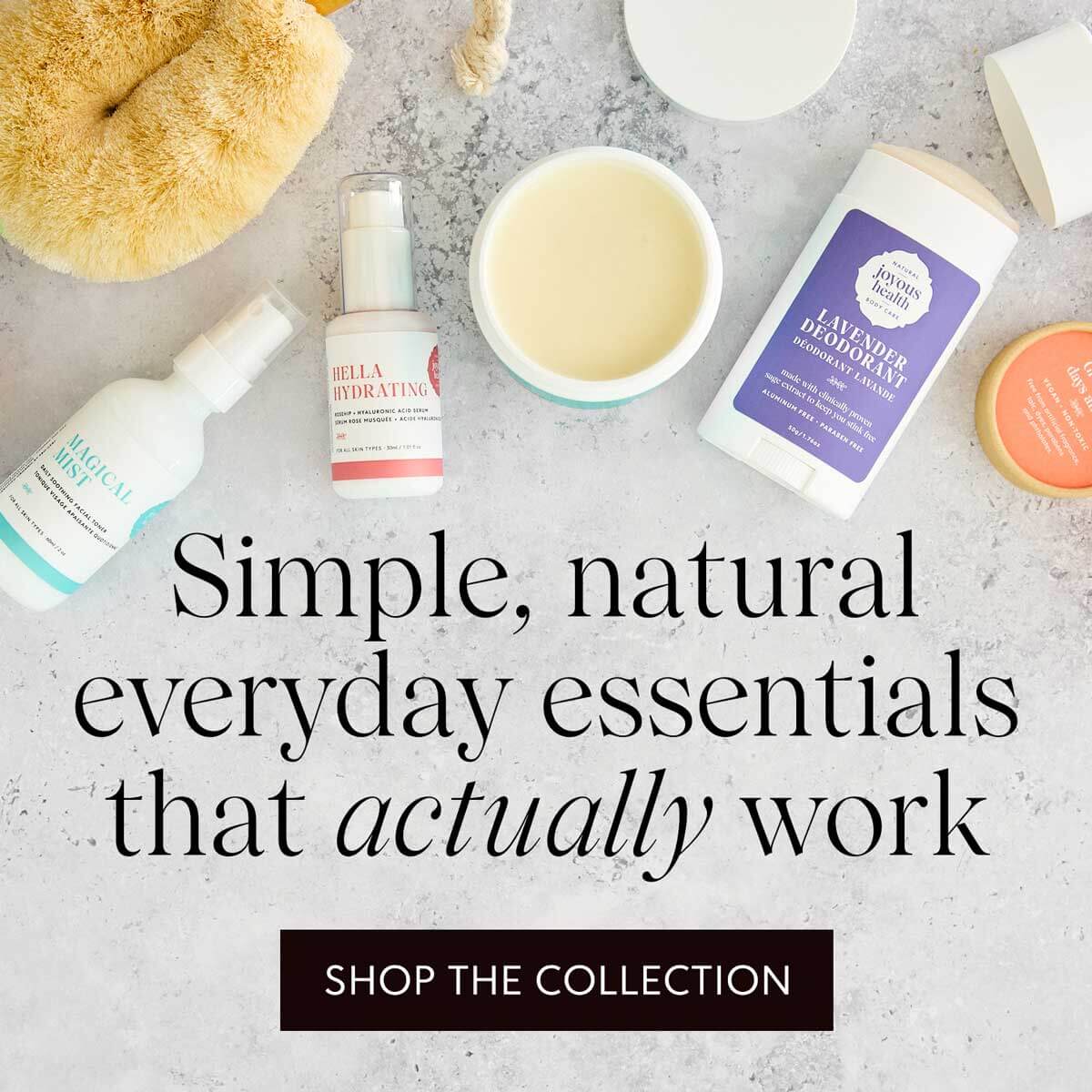 Here are 5 ways to support your child’s microbiome:

1. feed them plenty of microbe-friendly food.

You're only as healthy as your microbes, so make sure they're well fed. What do the friendly microbes prefer? Lots of colourful plant-foods. 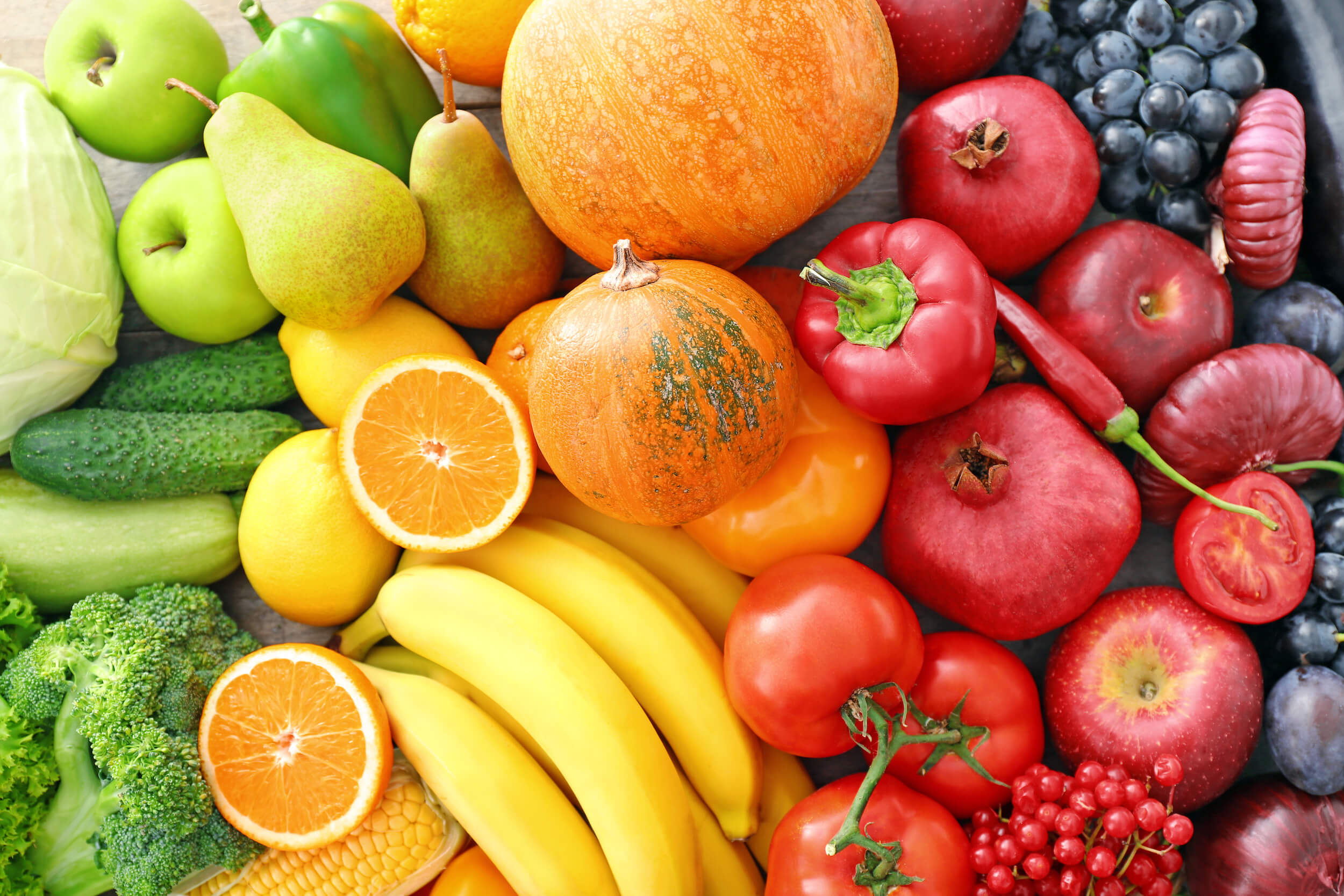 YIKES! Microbes feed off phytonutrients (the chemicals that give plant foods their colour, taste and texture). You won't find any in processed fruit juice and very little in white potatoes. Phytonutrients come from plant foods in the tens of thousands. Give your kids plenty of microbe-friendly food like apples, cucumbers, broccoli, spinach, sweet potato, cinnamon, apricots, carrots, berries, beets, cauliflower, cabbage, ginger, garlic and more. Some of these phytonutrients do not even get absorbed in the small intestine, instead, they pass right by and go straight to the large intestine where they provide a feast for the microbes!

Plants contain compounds that are literally food, aka prebiotics, for your friendly microbes.

We give Vienna a prebiotic supplement daily. I add it to smoothies and these Unicorn Bites . This particular superfood product by Genuine Health and Joyous Health (me!) has 22 fermented and organic prebiotics superfoods.

This seems obvious, right? But what you might not know is how food additives negatively influence the microbiome. Let's take a look at some of them:

If your child eats non-GMO sugar, corn, soy and wheat, they're being exposed to glyphosate. The best solution is to always buy organic when it comes to these foods.

These include aspartame, sucralose, saccharine, neotame, advantame and acesulfame potassium-k. These have absolutely no place in a child's diet (or grown-up's, for that matter!). 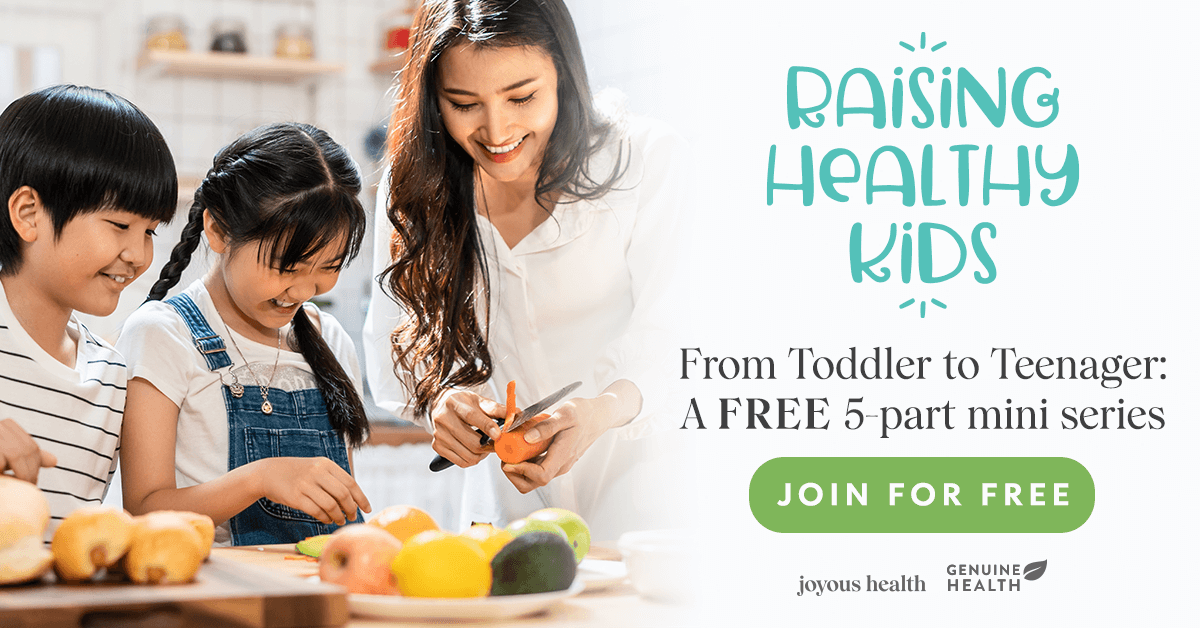 3. Get outside in nature.

North Americans spend nearly 90% of their time indoors! But nature INCREASES MICROBIAL DIVERSITY, and being outdoors exposes children to different types of bacteria they won’t get playing inside (which enhances their immune system ). When they're rolling down a grassy a hill or playing in the sandbox they are being exposed to thousands of microbes. Let them do this regularly! And do it with them, you'll benefit just as much. 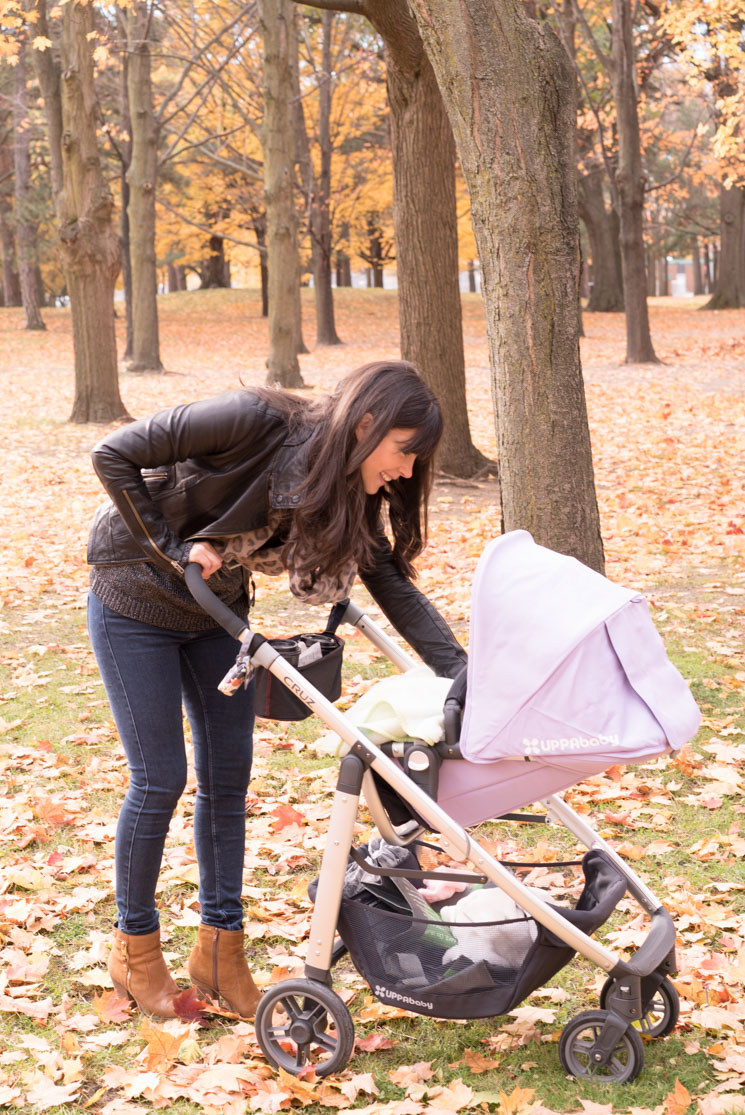 Make a habit of taking a walk outside daily, going hiking on the weekends or doing basically anything outside. Not only will your child be exposed to a myriad of beneficial microbes, but you’ll also find you’re less stressed (so this benefits you as a parent too). Lower stress levels lead to a healthier microbiome, which in turn leads to even lower stress, which then benefits the microbiome. It’s a positive feedback loop!

There's substantial data providing direct evidence that exercise and moving your body daily has benefits to the gut microbiome on various levels. Exercise has been shown to increase microbial diversity, potentially contributing to reducing weight (60% of Canadian and American kids are overweight or obese), stimulate bacteria, which can help to modulate the immune system, improve the gut barrier function (important to prevent leaky gut ) and produce bacteria capable of producing substances that protect again colon cancer and gastrointestinal disorders.

Aside from helping the gut microbes smile with joy, daily movement increases stool transit time (gets your kids pooping!) and this is wonderful because constipation is a one-way ticket to a cranky kid. Even grown-ups get cranky when they don't poop regularly.

When Vienna was a baby and just crawling then learning to walk, we would chase her around the living room as a way to get her to poop – it worked like a charm! Now we just make sure we do something active every single day like going to the playground, for a hike or a scooter ride, which is her favourite activity right now.

The overuse of antibiotics is a global health crisis, which is leading to antibiotic resistance. There have been a few instances where I've had to take Vienna to the pediatrician and I'm thankful to say, she has never pushed antibiotics on us. However, there have been numerous times throughout my life that I have been recommended antibiotics and I've declined.

Human research shows that a single course of antibiotics can alter the composition and diversity of gut bacteria for months and up to a year.

In two randomized, placebo-controlled trials of healthy people, a single course of oral antibiotics altered the composition and diversity of the gut microbiome for months and, in some cases, up to a year. Such shifts could clear the way for pathogens, including the deadly Clostridium difficile, and can alter microbiome activity, including the gut barrier function, and pave the way for food allergies.

It is of utmost importance that we do everything we can as a parent to support our children's microbiome. The sad truth is there are microbes that are literally vanishing from the earth. In fact, as I mentioned in a previous post but worth sharing again, The University of California have identified a strain of bacteria called B. infantis that's been the dominant bacterium in the infant's gut for all of human history and it's disappearing from the Western world. This bacteria is essential to digest the sugars in breastmilk. Without a diverse set of infant bacteria, babies can develop dysbiosis (not enough good bacteria and too much bad), which sets the stage for a lifetime of chronic disease. Scientists hypothesize this is happening likely due to the increase in C-sections, antibiotics and infant formula instead of breastfeeding. I would love to explore that further, but I will never finish this post!

So I will end with one final thought for you: The next time your child drops their pacifier on the floor, will you sterilize it with boiling water or brush it off and stick it back in their mouth? I'm sure you can guess what we did with Vienna ;)

Feel free to comment or ask any questions below.

Have a great week!

Dear Joy, I was wondering if the So Delcious Organic unsweetened coconut milk contained any emsulfiers? I’m trying to lean off of cows dairy milk and have been buying that.... would you say that’s a good alternative? I was also wondering if you had any brands of oat milk that you recommend?

I believe there is gellan gum which may alter levels of intestinal bacteria but it doesn't look to be as bad as Polysorbate 80. I really like the brand Mylko. Dr. Axe did a good review of gellan gum you can read here: https://draxe.com/gellan-gum/

Thanks for this Joy! I have the same stance as you about antibiotics so when my one year old got severe pneumonia and I had no choice but to give him antibiotics because his oxygen levels were too low, I was devastated. So now I’m scrambling trying to figure out how to re-establish his gut health. Any advice?? Thanks!

Sorry to hear that but everything you can do to help rebuild his microbiome will make a difference! Yes, both prebiotics and probiotics for sure!! Check out https://kids.joyoushealth.com/

EEEXELENT post! Will surly stop being so paranoy when kiddos drop and eat something off the floor!

Just to confirm- you're not "anti-vaccine" correct? I understand the issues with the flu shot, but am worried that one of my fave health gurus is against vaccines for things such as measles etc.

Hi Nicole! I actually really dislike both anti-vaccine and pro-vaccine rhetoric because it ignores scientific evidence. The extremists on both sides treat it as a religion. I'm pro information and pro informed consent. I believe that everyone should have a choice what they want to do with their body and whether they vaccinate or not I have no judgement. Additionally, every vaccine needs to be evaluated individually and it's our job as a parent to do the research. I talked about the flu shot this weekend (which I'm assuming that is why you are commenting) as I do every year when I start to see the media blitz begin because it's the biggest misinformation campaign and it drives me nuts. Hope the helps! Check out the book The Vaccine Friendly Plan. https://amzn.to/2mhdyfG

Is there a probiotic that you recommend for infants? I have a 6 week old

Yes, I like Genestra HMF Baby. You will find it at a health food store or online here: https://amzn.to/35Dnm6u

Our NEW organic & natural
skincare line is HERE! 
SHOP THE COLLECTION
Modern Nutrition For You and Your Kids (ListenN Podcast)
JHP04: Detoxing The Home, Mindful Parenting & Being Biz Rock Stars with Meghan & Josh
Sign in with:
Google