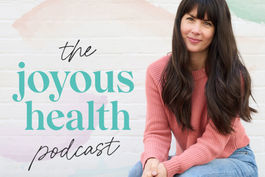 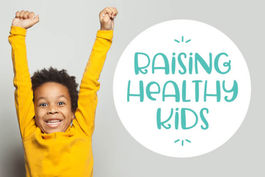 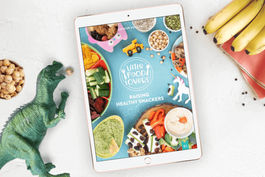 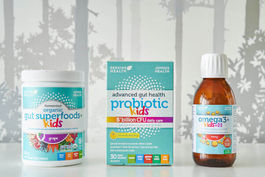 Probiotics, Fish Oil, and Superfoods for Kids
LEARN MORE
ABOUT 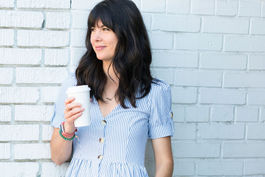 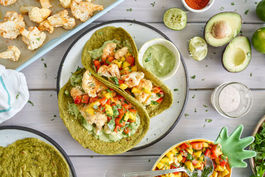 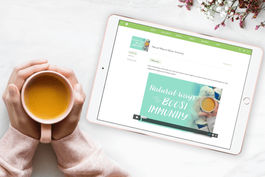 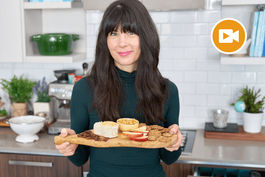 MEET JOY!
SEE MORE
ABOUT
Press & Media
Speaking Inquiries
Our Team
Work with us!
Get in Touch!
General Contact
Join our Newsletter
Press & Media
View All How to Make Coconut Whipped Icing

This coconut whipped icing is like heavenly clouds of creamy deliciousness! I've used it many times on my Flourless Chocolate Cake , in my Almond Flour Raspberry Cake and my Beet Chocolate Cupcakes in my new cookbook, The Joyous Cookbook!

However, I will admit to having more failures than successes making whip cream until I discovered Cha's Whipping Cream which I buy from my local health food store. They've done the work for you and removed all the water from the coconut and you get just the cream. The other thing that makes it easier to whip is that they've added organic tapioca starch in their coconut cream which helps the consistency.

If you're using full fat coconut milk and separating the coconut cream from the liquid yourself then this is where inconsistencies happen because not all canned coconut milk is created equal. Some additives prevent the coconut fat from separating from the water properly when you refrigerate it, but this can affect how well it whips. I have a recipe for that method if you'd like to try that out in this free ebook Detox Desserts. I've had success with it but it's just a little hit and miss depending on the brand of coconut milk you use.

The key to good coconut whipped icing is that you only use the coconut cream (aka fat of the coconut) with NO water and the only additive should be tapioca starch. Now, of course, you could separate the fat/cream from the canned coconut milk (as I've done in this ebook). I've just been using their coconut whipping cream for convenience.

All you have to do is chill the coconut cream for an hour, then using a hand mixer, whip it up! I like to add maple syrup, vanilla and then either natural food colouring or organic raspberry powder for pink icing. However, the cream is so tasty all on its own you could get away with adding nothing and it's still tasty!

Here's the recipe for coconut whipped icing. It's so good you'll want to eat it right out of the bowl.

*Make sure the can says "whipping cream". I like the Cha's Organics brand. If you can't find "whipping cream" and you're buying full-fat canned coconut milk, then you have to separate the water from the cream. Place it in the fridge for 2 hours and then scoop out only the cream. However, it's not foolproof like "coconut whipping cream" because they've added tapioca starch to help it whip better.

I hope you try it out!

Hi Joy! Your icing looks amazing! I tried a few times, with a good brand of coconut milk but it didn't came out smooth like yours. I don't know what am I doing wrong, if something. 🤔 How much do you mix, 1-2-3 minutes? Maybe I do it too long. Have an amazing day! 😘❤️

Thank you! Are you using Chas's Coconut Whipping Cream or just Canned Coconut Milk? This whipping cream has tapioca starch in it which helps the whipping.

Hello Joy, have you tried "Let's Do organic heavy cream"? It doesn't have the added tapioca starch, just cream, a bit richer that the Cha's too. Just wondering if they whip up the same or taste different. https://www.amazon.ca/Lets-Do-Organic-Heavy-Coconut/dp/B01KMHYU9M

I haven't tried it but thanks for letting me know. I love that brands organic shredded coconut! I use it to make my Chocolate Chip Collagen Snowballs :)

This was delicious! So easy to whip together

So glad you loved it!

So happy I found this, I wanted whipped cream for tonight. I have the Cha’s Whipping Cream but there are no directions on the can for how long to chill. I was worried I was going to have to wait 24 hours 😓. So I glad I found this, so excited to try it!!!

Hi Joy. How long do you think it would keep in the fridge after you‘ve made it?

I would use it up in about 3 days. It won't last that long! haha

Have you ever tried adding your own tapioca starch to full fat coconut milk cream ? How much starch would you add? Thanks!

I have not done that yet but I believe it would work. I would start with a can of coconut milk and slowly add it 1 tsp by tsp. However, if the coconut milk has an emulsifier added it probably won't work.

Hi Joy! I’ve been wondering if this would also work in a vitamix? I don’t own a hand mixer but really want to try this out! Thank you:)

I would think hand whipping it would be a better option because I feel like a lot of the cream will get stuck to the bottom of the vitamix blade.

Is there any way of substituting something not so high in sugar content/lower GI for the maple syrup per chance?

You can just omit it. I've made it multiple times without maple syrup and the coconut is naturally sweet so it's just as delicious!

Sorry, I was referring to the raspberry cake and the 1c maple syrup. Asking for a lower GI/sugar substitute.

Oh yes, I've made it with only 1/2 cup maple syrup and just added a bit of liquid for the right cake consistency plus a bit of liquid stevia.  Or you could use monk fruit syrup or coconut nectar.

How long do you need to whip cold coconut cream? I think I whip it too long because it tends to curdle. Do you think you whip it for about 15 seconds or more like 1 minute or more?

That's interesting because I've never had it curdle. I would say I whip it for a couple of minutes. What brand of coconut milk are you using?

Hello! Could I use chia seeds instead of eggs?

You don't need any eggs for this recipe! Did you mean to post your comment on a different recipe? This is for the coconut whipped icing. :)

Oh yes got it! Check the comments on that post for the cake because I know people have asked and many people have made it without eggs. I have not :)

looks amazing.. will try it for sure.. love the other recipes tried to date. what brand is the Raspberry Powder and where is it available

Enjoy! This is the one I have hear but I don't reco it because it looks like the price is now outrageous: https://amzn.to/3iTpwpX